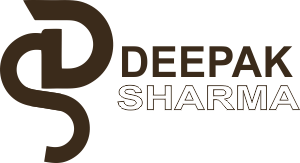 I first saw him (Mr. Deepak Sharma) at my summer camp in 2014. He was on stage, delivering a speech, his voice clear and confident. He soon became a pillar of support to me and the others at the home, supporting us mentally, socially and financially. The one thing I liked about him the most was that whenever he came to our home, he spent time with us not as a mentor, but rather as a father, teacher, friend and guide. And yes, like every father-daughter relationship, we did fight – I got a bit upset and angry when he did not agree to my point of view. But later this difference actually helped in deepening the bond and opened up further avenues of positive talks.

I remember one particular incident when I was coming back to home with him and he suggested that we eat something on the way. That impromptu meal in that casual and informal setting was very comforting as it brought forth his friendly nature.